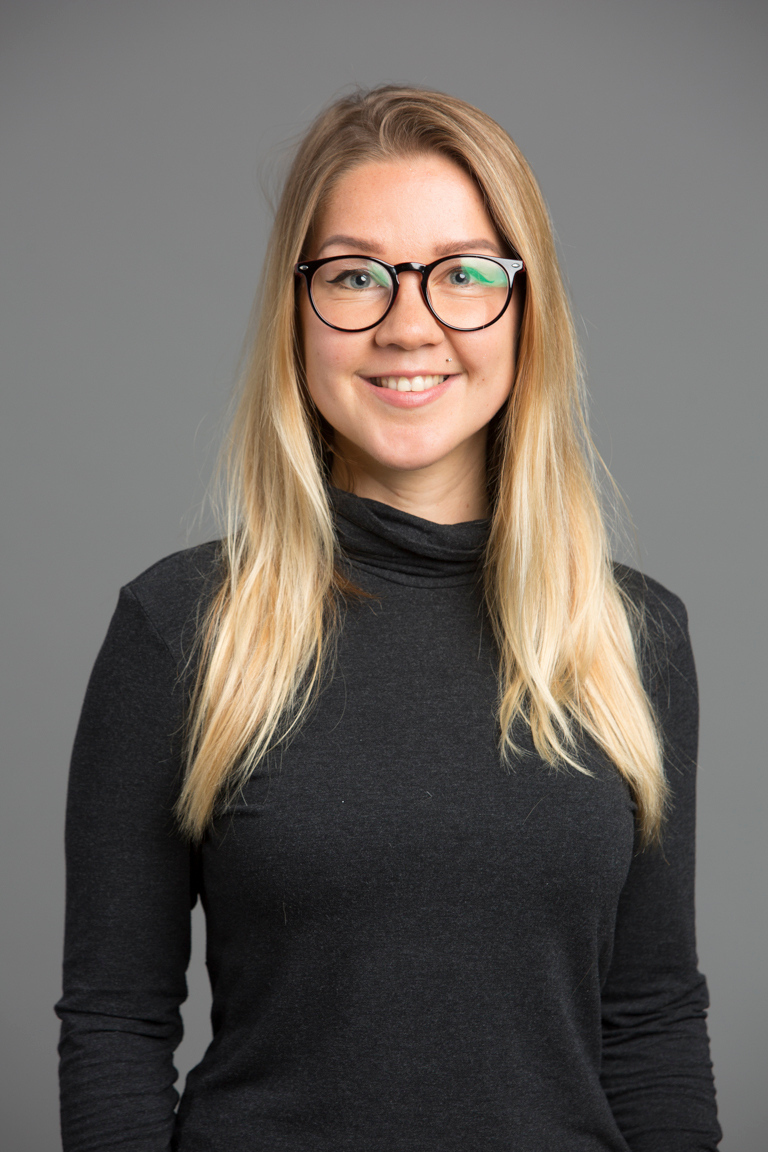 Written by Shana Burg, Translated and Interviewed by Anna Naumova

Sergey Evgenievich Pedko, age 48, is the head of the firehouse number 41 in the Russian village of Ust Ivanovka. Located 700 meters from China, Ust Ivanovka sits along the bed of the Amur River, an 8 hour plane flight from Moscow.

Even though he is now fire chief, Sergey Pedko hadn’t intended to work in emergency services. As a teenager, he desperately wanted to patrol on a Russian tanker like his father had.

Sergey attended the Far Eastern Higher Combined Arms Command School in the Amur Region, the only school in the world that trains arctic shooters. But the officers told Sergey he was too tall to be a tanker. Eventually, they convinced him to join the infantry instead, where he spent 10 years under contract in service to his country.

Years later, with his military service behind him, Sergey took a job as the captain of a little tugboat, pulling enormous barges past the city of Blagoveshchensk through Khabarovsk on the Amur River.

Every year, he would leave home in the spring and return in the fall. His family wasn’t happy with the situation, so when he got an offer to join the fire department as the chief, Sergey accepted.

“Even though I had never worked as a firefighter before, I felt ready for the job because I had a military diploma and infantry and management experience. All my previous work has been identified with some sort of risk or emergency,” he says.

The department provided some on-the-job training, and through experience, Sergey quickly learned that no two fires are alike.

“Every fire carries some kind of its own specifics. There are no identical fires at all, so you cannot act by analogy.”

In 2019, shortly after Sergey became fire chief, 300 hectares of dry grass started burning out of control in the settlements in the Blagoveshchensk district. So Sergey and his firefighters got into their mini-bus and headed to the scene.

“We practically did not leave the line of fire for more than two days,” he says. “We had a big hard fight with the fire.”

This was one of the first fires that Sergey worked with his unit, and it allowed him to see that the other firefighters were prepared to perform a complex physical and psychological task. “I didn’t sleep. Not one of my employees had a rest. We continued to provide assistance in extinguishing the fires until the job was done,” he said.

Even though Sergey always carries 100 liters of water on the mini-bus, that’s never adequate to fight a big forest fire, so Sergey often needs to draw water from nearby streams, lakes, and rivers.

And sometimes, if the rivers are iced over, then Sergey and his firefighters will need to drill a hole in the ice to get to the water.

This particular fire in 2019 happened in the spring, so fortunately, the rivers had recently melted and Sergey could get the water he needed to put out the flames.

When Sergey and his firefighters don’t have an active blaze to extinguish, they try to engage in preventive work.

Every September, they go into schools to teach the youngest children how to avoid causing accidental fires. He also makes sure the children know what to do if they are caught in a fire.

“I like working with children in schools,” Sergey says. “They are very grateful listeners. They really like it when we invite them to sit in the fire truck. It makes them so happy that they can press a button, or they can press one bell. They love to try on my helmet. It becomes joyful in my soul that children react in such a way to firefighters.”

Sergey and his team also go into the rural villages in the Amur region, where most people heat their homes with coal and firewood. They go house to house, checking the integrity of the stoves to make sure to prevent any problems.

Around the Clock Work

While Sergey’s working day starts around 6am, he needs to be prepared to work at any time of day or night. Typically, before 8am, he collects the data from the subordinate units about who did what tasks overnight. Then Sergey passes the information to his squad leader to show everything is in order in his unit.

Even though his official work day is supposed to be 7 hours, often Sergey works 12 or more.

And weekends? Well, if there’s a fire, Sergey is there. And during the dangerous seasons of fall and spring, when the grasses are especially dry it’s quite common for Sergey to work all week long.

But to make up the long work days, the Russian government grants emergency workers like Sergey extensive time off. Most firefighters get 46 days of vacation per year, but since Sergey is in a leadership position, he can take off at least 53.

Zello on the Job

Sergey used Zello to communicate with the captains of other boats on the river. Later, when he became fire chief, Sergey introduced Zello to the firefighters in the Amur region.

“We got Zello Work for the fire unit,” he says. “The geolocation feature is very useful. It lets me see where my rapid response team is at all times. Even if they’re fighting a fire in the middle of a forest, far from any named streets, I can get an exact location.”

“Our fire department’s radio only has a range of 15-20 kilometers,” he explains. “But we leave the region lots of times to assist other departments. So this is where Zello comes in handy, because Zello is only limited by the availability of the Internet.”

This is another way of saying that Zello connects in places where radio often doesn’t reach using cell data and WiFi.

The firefighters in Sergey’s department always have the Zello app open on their phones. This way, if they are at home sleeping and there is an emergency, the dispatcher at the station can wake them and alert all the firefighters at once as to the details of the emergency.

“This prevents the dispatcher from needing to make lots of individual calls,” Sergey says.

“Using a gateway with Zello is very convenient and very practical,” Sergey says. “All the emergency responders can talk to each other on the radio station at indefinite distances as long as we have internet access.”

The Incredible Growth of Trassa

Sergey doesn’t just use Zello to make his work life more efficient; he uses it in his personal life, too.

Back when Sergey was working as a tugboat captain and discovered Zello in the Google Play store, he created a Russian-language channel called Trassa. Every December 5th, the day he created the network, he and his members throw a birthday party for the Trassa network, with cake and all.

The channel allows Russian speakers across the globe to forge friendships and help one another. Today the channel has 495,000 subscribers!

“A lot of people tune into Trassa while they’re driving, whether they are truck drivers or just regular citizens on the road,” Sergey says. “There is always a discussion moderator who ensures that everyone on the channel is following the few rules: 1. No political discussion. 2. No profanity. 3. No interrupting others.”

People go on Trassa to relax and communicate with people from different countries. They share recipes, tell jokes or explain the conditions on certain roads they are travelling.

What’s almost magical is that the people all over the world who communicate on the Trassa channel often become close friends. Sometimes they’ll make plans to meet in person. Sergey has traveled to Israel, Germany, Latvia, and the United States to say hello to Trassa friends.

Everyone in the Trassa community knows they can turn to each other if they need help.

“Once there was a truck driving 700 kilometers from Khabarovsk to Blagoveshchensk, where I lived,” Sergey says. “The driver’s wheel burst at night. It was very cold out and the diver didn’t have a spare tire, so he went on the Trassa channel to see if someone could help.”

“I was just 10 kilometers away from him and accepted the challenge. I loaded a wheel in my car, went to meet him, and replaced his tire. Then the man drove off,” Sergey explains.

“There are a lot of cases like this, not only in Russia but throughout the world. It is a very convenient thing because a person can ask for help, and people on the channel will help, even if they don’t know each other and have never spoken or seen each other.”

The Trassa community has its own website and a social network called Trassiyane, which is a mix of the Russian words “Rossiyane” (translation: Russian citizens) and “Trassa” (translation: highway). A radio station is connected to the site, so Russian speakers can listen to music.

Sergey Pedko is always helping someone, whether it’s by towing their barge down the river, putting out a fire in their home, assisting them with a blown out tire, or helping people make friends all over the globe.

And Zello is the technology that supercharges Sergey’s helpful work.

“Ever since I discovered Zello, it has helped me improve my work and help connect others,” Sergey says. “Zello allows me to do what I want to do in the most efficient way there is.”

Firehouse 41 members want to connect with their global colleagues (that’s you!). Join their special channel dedicated to firefighters and rescuers. Just leave a comment on their Youtubeor Instagramchannels and Sergey will send you an invitation. Now you’ll have the friendly face of a fellow rescuer to meet anywhere in the world you go to help.